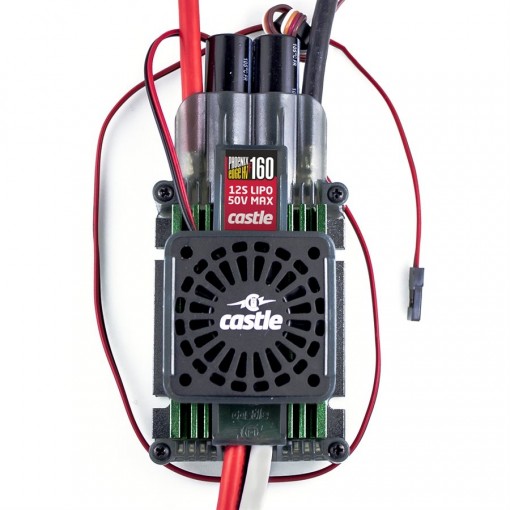 With the debut of the Phoenix Edge series of ESCs the next evolution in speed controller technology has arrived. The Edge series introduces a user programmable auxiliary wire capable of functions modellers have only dreamed of, until now. The white auxiliary wire can be used for helicopter governor gain input adjustments mid-flight, serve as an audible beacon after an "unexpected landing", act as an RPM output for 3-axis gyros that support RPM sensors, be used as an ESC arming lock (coupon for free Arming Lockout Key included) or as a receiver arming lock. Combined with the data logging capability the Edge series of controllers offer, users can enjoy unparalleled versatility.

The Phoenix Edge series is intended for use in helicopters ranging from 450 to 800 size, and fixed wing aircraft up to 1.20 size and EDF Jets up to 12s.